Founded in 1880 by Jacob Schwarz, a Swiss Emigrant, who became a governmental assayer in Cincinnati, Ohio. Incorporated in the 1970’s, Cincinnati Gold & Silver Company refined precious metal scraps into silver or gold bars for resell. 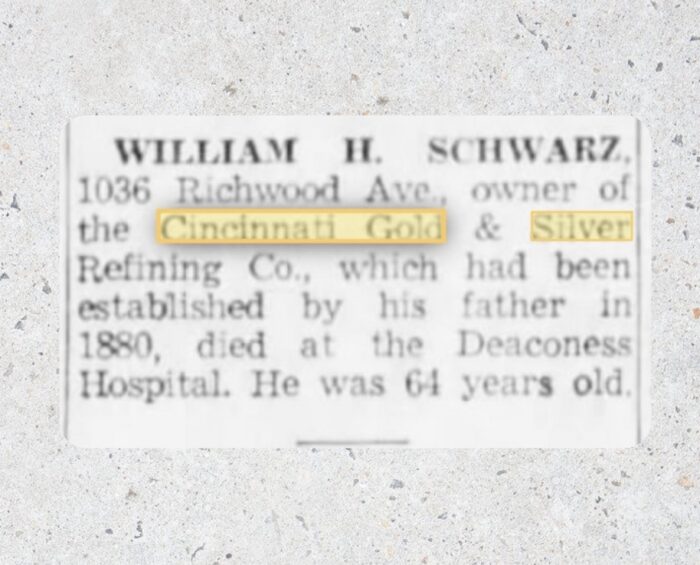 Cincinnati stayed in the Schwarz family until 1964 when it was sold to Edward Spencer and his partner David Grossmann. They became incorporated in January 7, 1970. As a gold and silver refiner, Spencer would purchase metal scraps, photographic waste and platers’ sludges, melt them down or subject them to a chemical process to reclaim the precious metals. During the early 1980s, when silver and gold were at an all time high, lots of quazai treasure hunters would bring grandpa’s watches or grandma’s silverware to coin shops and refiners such as Cincinnati Gold and Silver Refining Co. They would refine whatever scrap into .999 Silver or 24kt Gold bars and for resell, mostly to industrial customers. Spencer’s customers consisted of Jewelers, Dentists and Platers. At the time, March 1982, Spencer estimated there were about 18 Refining companies in the United States and no others in Ohio.